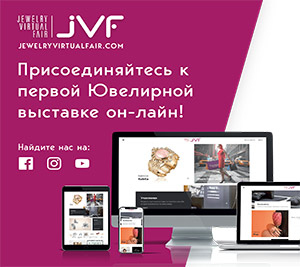 Around 700 companies annually participate in the show.

All jewellery product range is presented at the show - from loose stones and fine jewellery to machinery and tools for jewellery factories. Exhibition has the status of international event, approved by UFI with exhibitors and trade visitors from Israel, Turkey, China, Italy, Germany, Brazil, India,тThailand and other countries.

Exhibition is settled in a modern venue of Pavilion 75 in VDNH (119, Prospect Mira, Moscow) -тlarge green park, very close to the downtown and underground station VDNH.